In terms of cinematic experiences 2018 has been an amazing year. Although I have a couple of titles among this year’s finest already added to my all-time favourites, 2018 will be remembered as the time when my cinephilia expanded in incredible and inspiring ways like never before. The key game-changer has been Letterboxd. 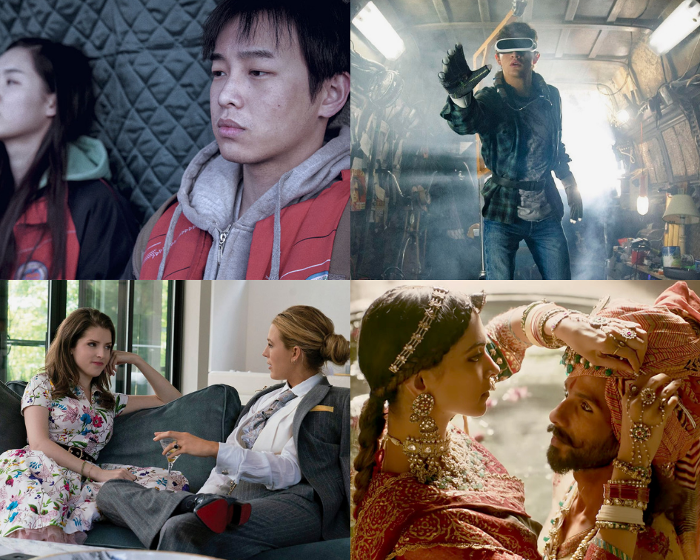 When it comes to social networks, I am sceptical to say the least. For a while I have enjoyed Facebook, Twitter, and Mastodon as much as anybody else, but early in 2017 I decided to put an end to my social-networked life. Privacy concerns, yes, but also the obnoxious feeling of time wasted.

Letterboxd is a community of cinephiles sharing their love, and as such I rarely encounter endless off-topics and pointless discussions. More importantly, it conceals in plain view treasures of film criticism. The writings and the opinions of Mallory Andrews, Neil Bahadur, Jake Cole, Filipe Furtado, Willow Maclay and Michael Sicinski—to name a few!—have served as my guiding light in the realms of cinema. By and large thanks to their contributions on Letterboxd, I discovered a proper appreciation of Brian De Palma and George Lucas, fell madly in love with Abel Ferrara and Charles Chaplin, embraced Jean-Luc Godard and Samuel Fuller, reconsidered Martin Scorsese’s and Michael Mann’s turn of the century efforts, and now have a better understanding of Chantal Akerman and Claire Denis. Not to mention the hundreds of films already in my watchlist, plus the sheer willingness to write about cinema as an enjoyable outcome.

Moreover, Letterboxd helps me make sense of the unstoppable flux of images on my screen. I have kept track of the best of 2018 in a dedicated list on Letterboxd, an undeniable improvement to my plain text files technique. And if you are into statistics and data, something worth every penny is provided to. Addictive to say the least.

As I mentioned above, there are two films that stood out from the rest of the 2018 pack: An Elephant Sitting Still and Ready Player One. I wrote at length on the former, and only hinted at the latter aggressive combination of nostalgia and juvenile fun. What’s more, they have something in common. Hu Bo’s masterpiece is a desperate look at a world in which traces of optimism are scarce and therefore more precious than ever, while Steven Spielberg’s adventure is full of fervent belief in a greater good despite the growing distance between the rich and the poor. Both films acknowledge the need, now more than ever, for a change. They use different means to the same end: hope.

Since the latest Jia Zhangke’s and Wang Bing’s are still outside of my radar, I consider the rest of 2018 output moderately interesting. Padmavaat is a heartbreaking tragedy from the director of the superb Bajirao Mastani, while First Reformed is easily the most puzzling Paul Schrader. Tsui Hark and Steven Soderbergh, albeit not at the top of their abilities, proved again able to surprise me in unexpected ways. Much the same can be said of Spike Lee, even though he did not bite like he used to, but I am confused about Clint Eastwood’s The 15:17 to Paris. Not sure what to do with it. On the other hand, Paul Feig finally met my taste with his playfully sexy A Simple Favor.

Contrary to popular criticism, I enjoyed Terminal just as thoroughly as I wanted to enjoy Red Sparrow and Upgrade. Scott Adkins played the role of his acting career in Accident Man, but I stand firm in my conviction that Amy Johnston is the martial artist we deserve. Braven in all its predictability is simply the action film The Predator fails to be. Shockingly, it was even more entertaining than The Night Comes for Us. I’ve already forgotten about Ocean’s Eight, and I did not connect neither with Sorry to Bother You nor with American Animals. I preferred the bleakness of River’s Edge to the one of Burning, but they will both be remembered for the darkness within.

A couple of horror films this year spoke about technology better than almost anything cinema has ever tried in this regard: Cam and Unfriended: Dark Web. They are a bit rough around the edges, but they convey the terrifying preoccupations contemporary society keeps missing. No Daniel Goldhaber, I am sorry: there is nothing of Showgirls in Cam.

Then, the outsiders: Jean-Marie Straub’s Gens du Lac is a reminder of how much meaning a camera pan can ultimately have, while Jean-Luc Godard dropped Westerly Wind as the true warrior he is. They both conquered me in ways Apichatpong Weerasethakul’s Blue did not, but he moved me anyhow like he always does.

I cannot leave 2018 without a couple of words on Bernardo Bertolucci. He taught me cinephilia and love for cinema with The Dreamers, and much of my passion comes from the pivotal experience of him entering my life before I was twenty years old. Not even with his best work, and yet here I am. Thank you, Bernardo.