It’s easy to cast a disparaging look at the state of my country from the comfort of my desk, and yet it has been a while since hope took a different road from mine. Have Italians ever been so lost that nothing seems capable of distracting them from their cynic detachment from reality? Most of the time our reactions translate into sarcasm, which soon stagnates in a quest for social interaction where the exchange of opinions amounts to little more than vain lamentations.

However, obliging to self-involvement does not mean that we forgot about the cult of personality. Ever present in my teenage years with the seemingly unstoppable rise of Silvio Berlusconi, today it’s up to the likes of Matteo Salvini and Giorgia Meloni to keep its flame alive. I usually blame Berlusconi for the cultural and political decay of Italian society because Salvini and Meloni are the obvious side effects of Berlusconism, but with Vincere Marco Bellocchio has taught me that I am too young to understand when everything started. 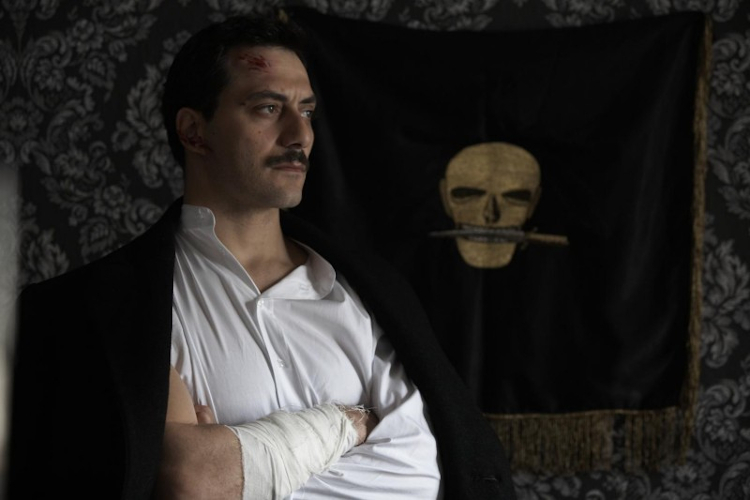 Vincere moves on two tracks: one is Bellocchio’s attempt to understand a lesser known side of the “Duce” of Italian Fascism; the other is a study on the dangerous effects of a winning personality on the masses. Inevitably, the two tracks will collide and Bellocchio uses this collision to highlight how little has changed in this country since the fall of Fascism and eventually questioning the viewer: did Fascism actually fall? Has anything really changed?

From the very beginning, Ida Dalser eyes are enamoured both with the person and the personality of Benito Mussolini. She gives herself to him completely, always balancing the fascination of a groupie with the mad passion of a restless lover, blind to consequences. She is not irrational like a foolish individual. She is irrational because the more she loves Mussolini the more rational means of communication stop working with her. Considering what Mussolini put her through, whatever form of love she feels for him becomes increasingly inexplicable. The audacity of her belief in Mussolini stands strong even when she knows that the man is making everything in his power to hide her away as something to be ashamed of. She looses her life and her son to him and only in the end she seems to be battling for her cause instead of his husband’s. Definitely too late for her, but for us it’s a hint of feeble resistance that could spark something more if we understand how to treasure it.

Bellocchio avoids the biopic pitfalls by working on perspectives. The story is that of his characters but the large context of History cannot be avoided, especially when the context throws such a heavy load on Italy’s shoulders. Bellocchio’s style reminded me of Alessandro Manzoni’s I Promessi Sposi (The Betrothed), where the point of view shifts sweetly between the hardships of Lucia Mondella and Renzo Tramaglino and the social and political turmoil around them from one chapter to another. Like Manzoni, Bellocchio enters and exits historical facts via archival footage in order to never forget where Ida Dalser’s quest is happening, while focusing on her experiences throughout years as complicated for Italy as they are for her.

However, Bellocchio does not stop at an obscure tragedy for memory’s sake. He is not even content with the lesson we can infer from it alone. Dalser’s son, Benito Albino Mussolini, died in a psychiatric institute just like her mother. Before ending Vincere with written remarks about their deaths and that of Mussolini, thus leaving the last words to History, Bellocchio makes Benito Albino do a couple of impressions of his father. The first one is somehow imposed on him by his friends, who are looking to make fun of the Benito Mussolini they have just seen on television. Benito Albino unwillingly portrays his father in an overtly exaggerated way, but the scene does not make the viewer laugh along with Albino’s friends, because we know where Albino comes from. More importantly, when one thinks of Italy today they know every politician is an actor living off the charisma-building skills Mussolini left us with. The acts and words are different, but the rhetorical power is just the same. Hence, the joke Albino enacts is on his friends and, if we do not stay alert, on us.

The second impression is an uncontrollable feat triggered by another appearance of Benito Mussolini on television. Mussolini speaks German, and so does Benito Albino, but by now tuberculosis has destroyed his mind and body, so he probably does not even understand a word of what he is saying. Bellocchio not only refuses humour but does not even try to put a hint of irony in this scene. This is the plainest image of what Mussolini and, by extension, Fascism did to Italy. This is the extent of his victory in the long run.