When I first watched Watchmen, I felt like Zack Snyder was playing the most cruel of jokes on me. Since the difference between arts was still eluding me at the time, I went in looking for the comic book that I love, wrongly assuming Snyder would tell me what I already knew about its awesome pages. As a result, I removed Snyder from my radar. 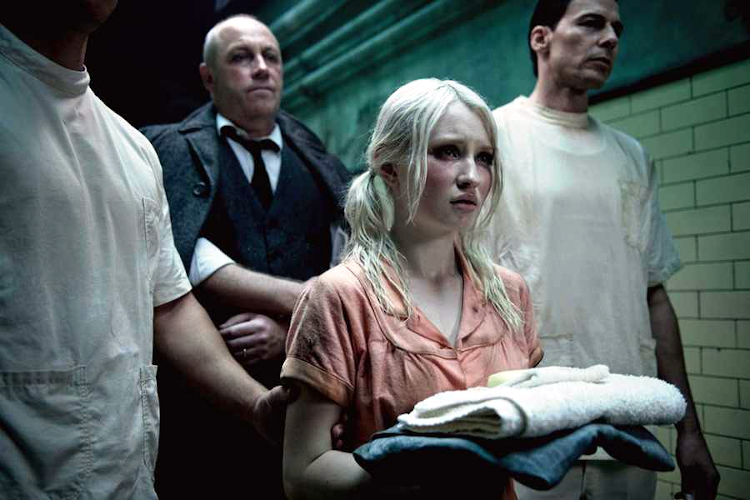 As usual, when trustworthy film critics write about a director I hate it’s time to approach that director again, and this blog has witnessed this experience many times. I am even prepared to kick my own self for misjudging a film and pretending to know what I am writing about. When it comes to Zack Snyder, the film that opened new perspectives on him for me has been one of his most poorly received and generally hated efforts, squeezed in between Watchmen and his deep dive into DC Comics. Namely, Sucker Punch.

Sucker Punch establishes quickly its focus, which is the psychological and physical dominance of men over women. Opening with Sweet Dreams by Eurythmics sang by Emily Browning is not a simple pop choice to underline the abuse on the screen. Instead it immediately sets the viewer in the mind of Browning’s Babydoll character. Beside a voice over, Snyder stages the event leading to the confinement of Babydoll in a psychiatric hospital with only images and music. The lack of words is not casual and has nothing to do with the video-music style Snyder’s been often accused of. We are trapped in Babydoll’s nightmare as are her words. Silence is a natural reaction to shock and trauma after all and certain events cannot be easily explained. The commentary is stuck in our head as we are bound to relive them sooner or later. Thus the multi-layered narrative of Sucker Punch starts way before we enter Babydoll’s fantasy world.

Were it not for the clothes and the abrupt change in the cinematography, would we really have noticed the switch from a hospital to a brothel? The twisted reality of both worlds is much the same, with the girls forced in one way or the other to act according to someone else’s plans. If the brothel functions as another impossible cage, it is also the place where Babydoll can find within herself the comfort of dancing and retire in the freedom of her own visions. Dancing is her way to open herself to a world where she is free to decide what is best for her, where her actions and words are what matters because they matter to others as well. In the action sequences which translate the dances Babydoll is the leader of her own will.

The fact that the outfits that the girls wear in the brothel reveal just as much as the ones in the combats mirrors what a typical male gaze is looking for: reification. It does not matter whether the girl is dancing on a stage or facing giant monsters as long as it is all a performance that the men in power can appreciate from a safe distance. Snyder clearly stated that Sucker Punch is an explicit critique of sexist geek culture1, but he is subtler than, say, Paul Verhoeven. Whereas Showgirls never ceases to arouse the viewer and hit them hard as soon as they are too much involved with the female bodies on the screen, Sucker Punch implies more than it suggests knowing well that sexual fantasies need little to start with. Considering that Spring Breakers came out only a year later, Snyder built the perfect bridge from Verhoeven’s men-eating women of the 1990s to Harmony Korine’s reckless teens, joining Paul W.S. Anderson in the creation of complex, strong and at the same time fragile female leads in a male-dominated world.

Moreover, Snyder shares with Anderson the ability and the tenacity to build unique visuals. While every other work of his comes with a solid background set by others (George Romero, Frank Miller and Lynn Varley, well-known superheroes), Sucker Punch lives on its own and must take extra care to win the viewer’s confidence. Snyder succeeds in this by skipping premises and wordily explanations and trusting his images. The richness of details is overwhelming and with no reason offered for seemingly random elements we are left to our own sense of wonder, which is exactly what I expect from the cinema that I need. Every dream sequence expands on the previous in size and scope, paralleling the attempts at escaping the brothel and matching their increasingly higher stakes. Yet Snyder knows that with novelty comes pleasure as much as boredom. Therefore he anchors his settings to obvious albeit generic references to pop culture, such as mechas, zombies, dragons, and samurais. Again, the lack of context lets one’s imagination run wild, making for potentially infinite and thus living connections beyond the screen.

Sucker Punch remains a perfect example of how mainstream US cinema can still be inventive and personal in spite of giant battles of industries competing to standardize every image. Rumours of a director’s cut2 have been thrown around, but according to Snyder it looks like it’s going to take a while3. Either way, the extended cut provides enough material to experience one of the most personal and vital works of the last decade.