When cinema decided to make full use of the digital power at its disposal, I was among the sceptics eager to jump at the screen whenever they noticed an apparent lack of faith in more analogical means. Ironically enough, more than twenty years later some of my favourite films are one-hundred percent digital. 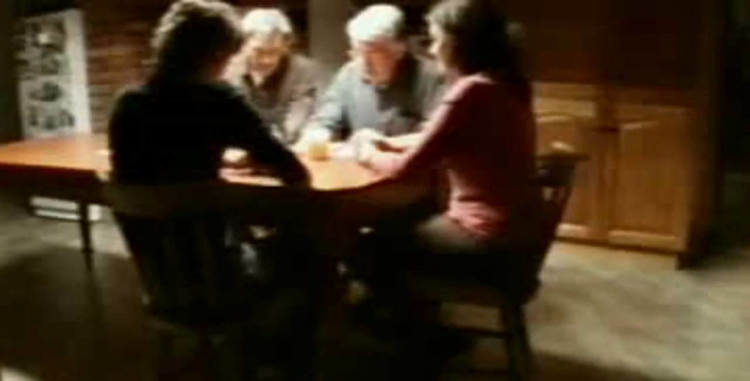 My most used critic back then was the supposed falseness in front of me. In linking digital technology with artificiality, I was relegating a promising tool to the role of trick, seeing its potential already fulfilled by special effects. This is why Joel Anderson’s Lake Mungo is such a fascinating film. By exploiting digital technology as a trick, Anderson exposes and enhances the limits of his images, forcing the viewer to accept visual shifts while coping with the content within.

Lake Mungo defeats the horror genre just like it defeats what one can expect from a ghost story. Anderson doesn’t use the mockumentary as a momentum-builder: he avoids building a momentum entirely. Lake Mungo unfolds as what at first looks like a television programme, one of those shows where every effort is made to ensure that the audience experiences the tragedy of others in all its reality1. The talking heads of Alice Palmer’s family recollect past moments and feelings whereas friends corroborate their integrity. Except that Anderson makes use of empty spaces early in the film, inviting the viewer to face loneliness before they realize that loneliness is ultimately the most haunting of presences.

The digital camera heightens the clarity of these spaces, their sheer beauty a powerful contrast to the solitude that inhabits them. Moreover, the preciseness of their appearance is everything that is missing from the increasingly unsettling footage revealing who was Alice Palmer and what she has really seen. These videos break the continuum of the interviews with distorted images, dismantling the fiction in the perceived reality fictionalized in the interviews. On the one hand, the footage shows the never-ending influence of technology, its pervasive reach into our lives, and the easiness with which it breaks privacy, like eyes unaffected by moral boundaries. On the other hand, technology alone cannot suppress grief, because whatever the range of its capabilities, technology still needs human intervention to operate, and that control is bound to be emotionally driven. Digital technology stops as soon as an analogue emotion outruns it.

Furthermore, Anderson pushes forward and displaces the viewer. A mockumentary is usually a function of something else. It’s in its nature to play with a set of rules and show the possibilities beyond them. Lake Mungo is in fact very much attracted to the rules of the documentary, but it bends them to reduce the distance between the viewer and the facts. Instead of unmasking the fake truth, it covers the real lie until the very end, while acknowledging the charms of fiction and how it can influence our thoughts. Lake Mungo knows that it is telling a story, and yet it takes no obtuse pride in this knowledge, because Anderson shares it with the viewer. For example, when the ending credits start to roll we are shown further sightings of Alice’s ghost. Anderson is not making fun of us for not having noticed her ghost before. He is telling us she has always been a part of the story that we have just witnessed. A story after all.

Lake Mungo is the rare film that positions itself among genres, crafting a new one just for itself. Unnerving and terribly sad, Anderson’s work reasons about trauma and the subsequent sorrow without looking for possible explanations. Eventually, everybody is alone in their intimacy, and in that precious place they rely only on themselves. A place so safe that even the smartest technology hasn’t been able to reach. Yet.