No matter how many films I’ve seen since the first time I watched Pietro Marcello’s Martin Eden, I’ve never really been able to stop thinking about it and the impact it had on me, its images lingering in my mind day after day. Considering how low my expectations for contemporary Italian cinema usually are, this is all the more surprising. 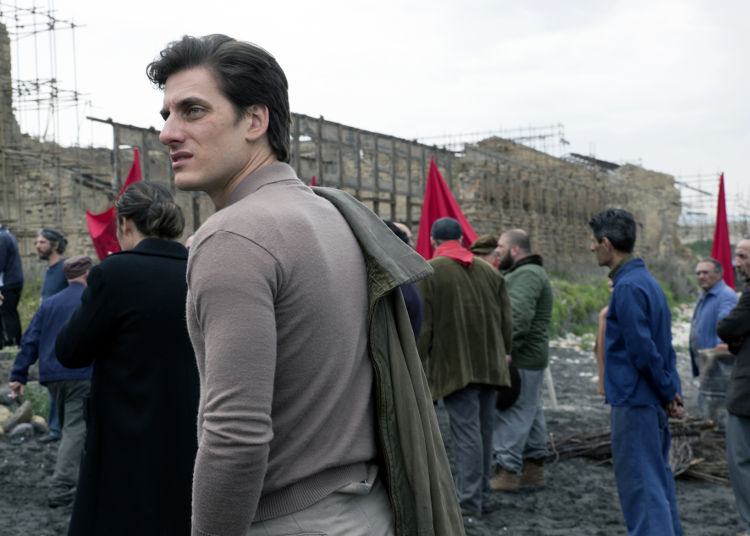 Jack London’s Martin Eden is one of my absolute favourite books, so close to who I am, who I supposed I wanted to be, and what I have always been afraid of. When I learnt about an adaption I cringed a bit. Pietro Marcello was a new name for me, but that didn’t matter anyway. The real issue is that I am pretty hard to satisfy when it comes to transposing literary works into films. Sure, it can work on me sometimes, such as in the case of Carol or Salem’s Lot, but most of the times I just get angry at the screen after a few minutes (e.g., The Lord of the Rings). How could I approach Pietro Marcello’s take on a so pivotal book without letting London’s beauty inform my opinion on Marcello’s rendition?

This is actually where the Campanian director pull off his most magical trick. I could never let go of London’s words while watching Martin Eden, but instead of comparing the images with the pages in search of errors and betrayal, I was tracing all the details in front of the camera back to the book with the utmost admiration. Not only do Marcello and his co-writer Maurizio Braucci show a deep understanding of Jack London, but because of that they are able to adapt themes of class struggles and individualism from the American writer to different settings and a different time period, without losing an inch of the book power. Inevitably they are forced to condense episodes and characters, and yet they display a remarkable tenacity in capturing the essence of Martin Eden while avoiding the temptation of letting the words speak for themselves.

Martin Eden’s narrative is a product of the eponymous character. We see the world through his eyes, and we witness his reactions on different levels. Among these, there is the use of colour-tinted footage which takes the viewer back to specific episodes of Martin’s youth and childhood. We see him as a kid dancing with his sister, we see his father leaving the house, and him experiencing the little schooling he could afford. Marcello uses archival footage to contextualise the world of his Martin Eden too. The film opens with images of the Italian anarchist Enrico Malatesta, referencing the historical moment (Savona, 1921) and pointing at Eden’s own story: “He was an anarchist and believed that persons, individuals, people, are not to be neglected, but at the same time are not to become megalomaniac.”1

Martin Eden gives us an idea, but not the exact moment this Martin Eden’s life unveils. Like a recollection which loses details years after years, Marcello’s Italy is a reminiscence, a set of experiences filtered through the eyes of a man who praises individualism only to find the failures in it. But there are also the failures of Italy’s left in Marcello’s vision. The dream and promises of socialism many around Martin so fervently believe in don’t take into account what would become of the individual once the power is overthrown. More importantly, they mislead their followers in thinking that power can be replaced with a different form of power. Power is and always will be power, and until there is power there will always be a difference between the strong and the weak. The real issue is knowing who the strong and the weak actually are.

However, nobody listens to Martin Eden, and instead of fighting for his cause, he retires into literature. He wants to be the eyes and ears of the world, but what starts as vivid prose about episodes of his life around the world, soon becomes rhetoric tools for brutal social commentary. When he reads from his books near the end, it’s him against the world, against everyone who wasn’t able to understand him before and is still not able now. Again, he refuses to fight, worn out by what he sees and what he hears. The words he has come to master are not worth the peace of mind he is looking for and eventually cannot save him.

Italy cannot afford to ignore talents such as Pietro Marcello and Luca Marinelli, simply because I don’t know how many Italian directors and actors are this good right now. These are young talents, people who deserves money, time, and space to create more and more. So why do I have the feeling that this is another of those precious films that my country will forget much too soon?