Every time I grab a Tony Scott’s film from my shelves and put it on is a reminder of how much I miss him. Periodically revisiting their favourite directors is something all film lovers do, of course. When the director is dead, and his or her passing happens to be recent, it’s almost as if a close friend is gone. I do miss Charlie Chaplin, but he was a like a long gone grand-grandfather. A friend is a different thing altogether. 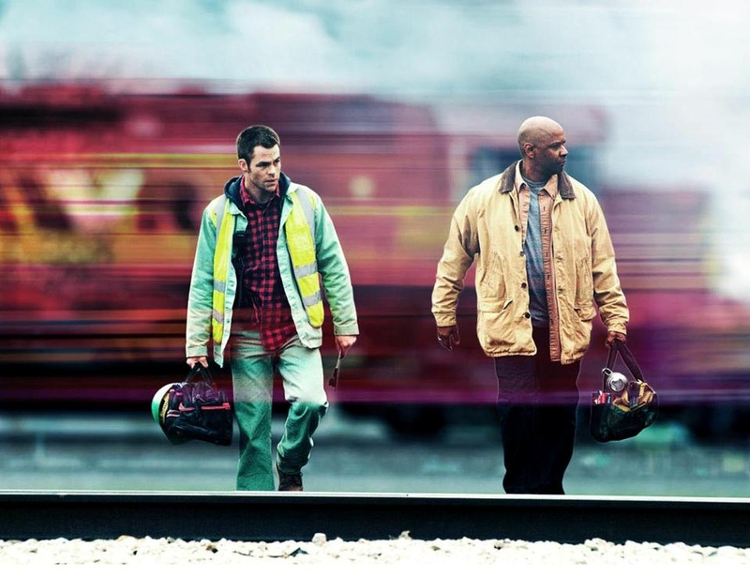 I was fourteen when The Last Boy Scout appeared in my life, and for every new film from him I watched, only lukewarm reviews or negative analyses would be available to me1. The vulgar auteurism wave of some years ago took me by surprise. Critics were finally acknowledging the qualities of Scott’s works and put him into perspective. I didn’t like all the directors avidly called vulgar auteurs, but it was still a pleasure to read informed and not biased pieces2. I felt much less alone in my love. Recently I went back to some of Scott’s late period films, and Unstoppable revealed itself under a new light this time.

More so than The Taking of Pelham 123, as Sam Redfern acutely points out, Unstoppable never loses its poetry for an iteration of its thematic foundations. Scott removes the need to morally justify the events with a simple and yet absolutely functional expedient: there is no villain in Unstoppable. Or to phrase it another way, the real villains are men’s short-sightedness and arrogance.

There are always silly mistakes by main or secondary characters in Scott’s films. More often than not, they cost lives, and to a varying degree they can all be traced down to ignorance or stupidity. Ego plays such a pivotal role in moving individuals’ actions that they forget to be aware of the situation and to fully understand the consequences of their decisions. As a result people die, but Scott is not cynic enough to stop and judge. He leaves it there as a viewer’s responsibility, allowing himself the moments to indulge in aesthetic developments. These stylistic choices didn’t appear out of nowhere. Instead they were the results of Scott’s constant explorations from the 2002 short film Beat the Devil onwards. Film after film, Scott kept building on the tension between expressing feelings through editing, camera movements, lights, shadows and colour palettes, and the realism upon which the events were grounded.

This is where Unstoppable really shines, because it positions itself at the opposite of the form of Domino, representing Scott’s more balanced approach to a material that could easily escape control. In Domino, the director takes his chances to play with a malleable narrative rhythm, setting aside the good versus evil battle that usually underpins his efforts. He lets himself lose the connection with the viewer unexpectedly, forcing him to follow through events that just seem to pop out of Domino Harvey’s mind at her own will.

On the other hand, Unstoppable packs in about one hour and half a tight series of set pieces, with such a precise arrangement that we can be sidetracked by the constant action before noticing the firm hand holding it all together. Minutes of details to inform us and make us care about the leads leave soon space to speed and danger, juxtaposed with phone and radio calls that contribute to the adrenaline crescendo. In between crashes and chases, the clash of generations, the passing of experiences from the older generation to the younger, nepotism and incompetence, economic concerns and lives as collateral damage to keep the system alive, media insolence and old fashioned heroism.

Since the 80s through the 90s, Tony Scott has often been deemed too attached to a polished and depthless method operating with never good enough scripts. As soon as he moved on to transform his vision, he has been attacked for the courage to renounce the conventional forms of the action genre and for playing too close to illegibility. However, the middle way between expressionism and realism has never been found with such a convincing strength as in the work of Tony Scott.