It would take you probably about five minutes to figure out how poor my knowledge of politics and philosophy is. In terms of politics, I know what is happening in my country and in the rest of the world thanks to RSS feeds that track a little selection of online newspapers among other things, but that’s it. And when it comes to philosophy, I only have a couple of books from Friedrich Nietzsche and Peter Singer to display. 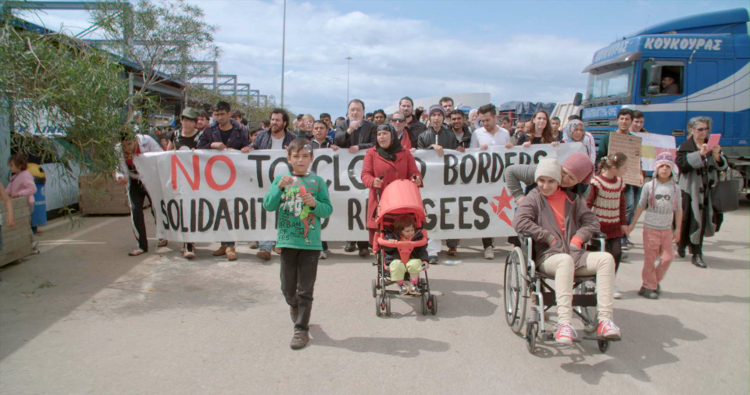 Nevertheless, Astra Taylor reaches me. Through the pages of her wonderful last book, Democracy May Not Exist, But We’ll Miss It When It’s Gone1, she reveals the history of democracy and whatever has happened to it through ages of enormous changes. She makes every topic accessible, every argument clear, and every ramification of politics and philosophy a lucid fact even an untrained mind like mine can comprehend. I am not sure she intended the book to be read before or after the accompanying film What Is Democracy?2, but together they form a compelling and vital reflection on today’s world.

While the book covers a wide range of issues and matters, What Is Democracy? focuses on the United States and Greece, using their current situations to reason about the state of democracy today. The rise of Donald Trump and the fall of Alexis Tsipras are not explained matter-of-factly. On the one hand, we are shown the poor understanding of society within the US middle class which paved the way for Trump. On the other, we see Tsipras promising a new era for Greece before surrendering to Europe demands. While condemnation could come easy, Taylor prefers to question causes and consequences with the help of scholars and activists such as Wendy Brown, Angela Davis, Efimia Karakantza, and Cornel West to name a few.

Moreover, she balances highbrow ruminations with voices from the streets. Hence we get to understand the annihilating prison environment of the US and the inhumane treatment of Syrian refugees by first-hand witnesses. These are the victims of everyday democracy, and their experiences are further proofs of the state of the world we live in. Obviously they are a few among many, but Taylor is singling out the prison system and immigration, rightly pointing her finger to some of the most complex and misunderstood aberrations of recent history.

Quotes from Plato’s Republic introduce the investigations as much as questioning them, and as Taylor guides us through the origins of democracy in ancient Greece, we are left marvelling at the vision that the Greeks carved out of their imaginations. The director seems to offer a probably obvious, but ever so relevant, answer to the crisis of democracy: we need to rediscover what was done in the past to grasp the present and work for a better future. The various inquiries of What Is Democracy? are also interspersed by discussions3 between the director and scholar Silvia Federici on the frescoes The Allegory of Good and Bad Government, which makes for an impressive parallel with much of what is happening around us nowadays.

Astra Taylor quotes Gramsci’s famous words on optimism and pessimism4 in her book, and the film feels much like an exploration of pessimism and optimism. We have every reason to be pessimists, because unless we are purposely blind we cannot negate the inequalities within states and among peoples. And yet we can and should be optimists as well, because something can be done and we have the means to right the wrongs. Taylor’s images and words place a mirror in front of our conscience. What we see is what we get.