No film has ever had a more traumatizing impact on me than The Texas Chain Saw Massacre. I remember fondly the day I found a lousy Italian DVD, because it felt like a smart and lucky move. Two cents for the forbidden fruit. The 14” CRT television in my bedroom could not contain the power coming from that rotten and perverse images.

That’s why I’ve stayed away from Tobe Hooper for such a long time and have hardly registered his death in 2017. Then I stumbled upon occasional praises for The Texas Chain Saw Massacre on Letterboxd, which took me back to that infamous day. A sign, I thought. I bought the fortieth anniversary restoration Blu-ray and let Hooper take care of my nightmares once again. The film’s power is still intact, but this time I was able to appreciate it for the incredible work that it is. Furthermore, it urged me to explore Hooper’s career.

Of his many efforts, I want to single out the mini-series Salem’s Lot as the centre of this writing. It ranks among the best Hooper had to offer and it develops themes and stylistic choices that either would come up later in his films or represent variations on the director’s regular obsessions. 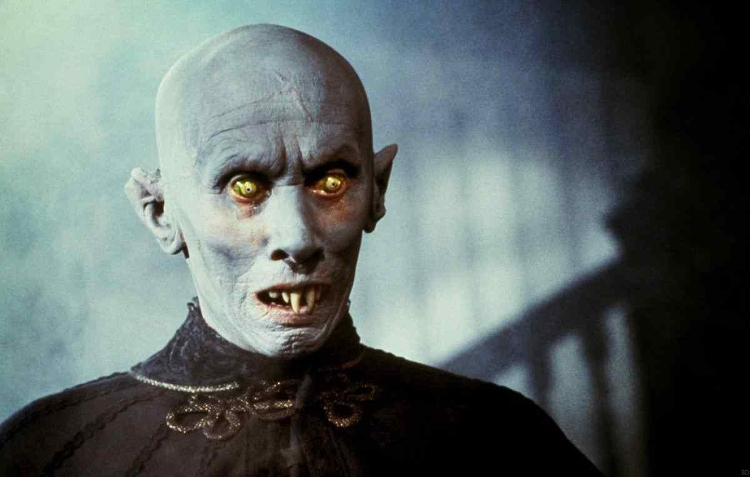 Salem’s Lot is Hooper’s first attempt at finding his place in a made-for-television production, and it remains the best example of his struggle to find a good compromise between his vision and the limits of the medium. The script was handed to him, adapted from Stephen King’s book by Paul Monash, who had already worked on De Palma’s Carrie, and heavily modified by producer Richard Kobritz, who wanted Hooper behind the camera after a screening of The Texas Chain Saw Massacre. Kobritz also had his hands on the casting, the special effects, and the score, building boundaries for Hooper along the way to the final cut1. However, it’s precisely in this enclosed environment that watching Hooper operate becomes fascinating, especially considering how inferior his subsequent encounters with television have been and the troublesome relation with the producers on Eaten Alive two years before. He had only his craftsmanship and his understanding of King’s novel to work with.

The book takes its time to get the reader acquainted with ’Salem’s Lot and its inhabitants. There is a constant friction between who everyone appears to be and what really happens in their life. This layer of secrecy is carefully attacked by the most beloved hobby practised anywhere in the world: gossip. Gossip spares nobody, and King devotes pages to let us know the poor privacy anyone can get in his imaginary town. Salem’s Lot’s script overlooks this subject, but Hooper does not. In place of the omniscient narrator and the chats over the telephone of the novel, Hooper uses his camera as a curious eye, an eye which misses nothing and oversees everybody and everything. It’s as if we are entering uninvited the townspeople’s lives, witnessing adultery, alcoholism, school play rehearsals, dinners with guests, and new-born romances.

Monash and Kobritz conflate different characters into few individuals, reducing complexities to accommodate the 3-hour duration. This functions on a narrative level only insofar as we do not expect characters such as Mike Ryerson and Ned Tibbets2 to be something other than victims. They get little screen time, and there is no room for Hooper to develop them. The Norton family loses much of its appeal too, leaving us with bits of Ann Norton’s conservatism. The script rushes to introduce the vampires, and it’s up to Hooper to ensure the mystery surrounding Richard Straker and Kurt Barlow is a primary concern for everyone in ’Salem’s Lot. Hooper resorts to an eerie awkwardness that levitates between two characters as they talk of seemingly simple matters. He used this device before, and here he obviously could not push it to the extremes of his two previous works, but it’s enough to make some conversations memorably weird (e.g., the exchanges between Richard Straker and Constable Parkins Gillespie).

The most striking difference between the mini-series and the book can be seen in the complete transformation of the main villains. Except for the violent killing of Bill Norton, the powerfully menacing Richard Straker becomes a witty old man rarely scaring as he should be. Hooper plays with the black of his clothes and the shadows of the night to remind us of who Straker really is. Straker works in spite of the script, and it’s only because of Hooper. Kurt Barlow, on the other hand, undergoes a great turn. He becomes a silent, overreaching entity, the incarnation of evil as the greater unknown.

Even if it takes more than a viewing to appreciate the subtle, personal touch of Hooper in Salem’s Lot, the design and pretty much all the scenes in the Marsten House uncover him leaving no traces of doubt. From the floors and the skeletons of dead animals to the camera movements when Susan Norton and Mark Petrie enter the building, the Marsten House is lifted from King’s pages and reinvented through the imagination of a director who would always be interested in ambiguous spaces.

One can only wonder what Salem’s Lot could be were Hooper given the chance to run amok. Nonetheless, it remains a fine example of a work imposed on a director whose resourcefulness could barely be contained by a non-strictly art-related mind.