A work of art reveals an artist ego just as much as it uncovers her persona. Since 4 in 2011, there is more of Beyoncé’s ego and persona in every song she creates. Free from the ties with the father-manager Mathew Knowles, she has looked inward for intimacy and outward for influences. She has found a mature voice, but she has also brought out traits of her identity that stardom can easily garble.

With Beyoncé two years later, she continued down the intimacy path exploring darker corners and another set of musical references. The secrecy surrounding the recording sessions was a self-imposed compartmentalization to explore sides of herself her public persona had obscured by then. She was not the first artist seeking privacy, but considering the degree of exposure fame imposes on a star this big, it felt like the natural approach to developing creative freedom. Beyoncé is also the album where she began building and expanding on the themes of her music by way of visuals. As compelling as they were, they still feel like try-outs compared to 2016’s Lemonade. 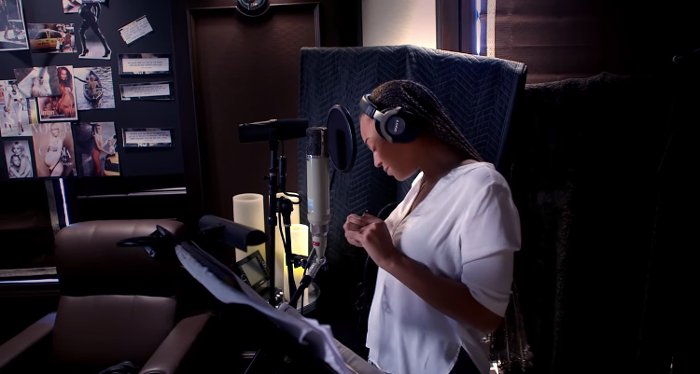 Musically, Lemonade is Beyoncé at her most eclectic to date. The span of styles is greater than ever before, but everything fits together so nicely you would think of a concept album even if nobody told you that it was thought as one. As if not happy with an already outstanding effort—a whole record instead of a collection of Spotify-ready tunes, are you serious!?— Beyoncé pushes the music video experience to the next step of its evolution.

A music video is a strange object. In my MTV-fuelled teenage days, I remember skimming through music video channels numbly, partially aware of the music, partially aware of the visuals. It would be hard now to remember the ones that really left a mark on me, and little I understood back then of the marketing effect of these products and the difference between self-promotion and the art in it.

The visuals for Lemonade are more than beautifully produced video-companions of singled-out tracks. It’s a complete film, a stand-alone experience in which Beyoncé uses the poetry and prose of Warsan Shire to articulate eleven chapters of her own history. She pays homage to folklore, traditions, and black power, while leveraging blackness and femininity. At the same time, she is displaying respect for what came before her and what is out there right now, transforming the cracks in her marriage into starting points for several possible stories, the whole greater than the single parts. No other popular music artist has ever reached this far in terms of understanding the film medium and working with it instead of letting it work for you. It’s both the end of the music video era as we knew it and the last nail on the rock’n’roll coffin.

However, Beyoncé is not done with writing history. Enthusiasm about her revolutionary performance at last year’s Coachella was still flying high on the Web when Homecoming landed on Netflix on April 17. The next day lists of the greatest concert films of all time were being updated to include it, and rightly so.

A concert film is a strange object. In my music-charged teenage days, I used to buy live concert DVDs. Some of them are still here, and I’d pick Björk’s Live at Royal Opera House if you asked me to show you the one I watched the most. Then came Stop Making Sense and Sign o’ the Times, and I eventually came to understand the difference between a recorded performance and the art of producing it.

Homecoming is a concert film like nothing before it. It lacks the visceral precision of Stop Making Sense and the controlled grandeur of Sign o’ the Times, but this doesn’t mean Beyoncé is carefree and amateurish. Homecoming, which she wrote, directed, and executive produced, is all about control, albeit not the technical control of Jonathan Demme or the creative control of Prince. Beyoncé is controlling the narrative, and she is articulating her story once again by putting a mirror in front of herself. The vanity of a pop star bathing in the joy of her fans, the giants that shaped her body of work, the personal struggles and the achievements. She doesn’t shy away from anything, but she obviously unveils only what she considers valuable to the understanding of her project. Homecoming is about birth, but it’s about rebirth too. Much in the same way she explored a black woman’s identity in Lemonade, here she is questioning the opportunities and the outcomes laid out in front of the same black woman. Where is she from? How did she arrive here? More importantly, where is she now?

This is where Homecoming offers itself as the missing piece of the concert films realm. Beyoncé doesn’t need to reinvent marketing solutions to sell more albums, nor has she to prove to anyone the strength of her live performances. She could actually just sit and collect the money from the hits created in more than twenty years. Instead, she’s still asking the same question that opened Crazy in Love, the beginning of her solo career: “You ready?”.