Cinema is a mixed bag of aesthetics, a complex blend of visual art, technology, sound design, and theatre. It encourages an infinite set of ideas and ideals, whether hidden or in plain sight. It doesn’t matter if there is a powerful company or an independent artist behind a film. Moral and ethic values, political dynamics and concerns are all always at play. 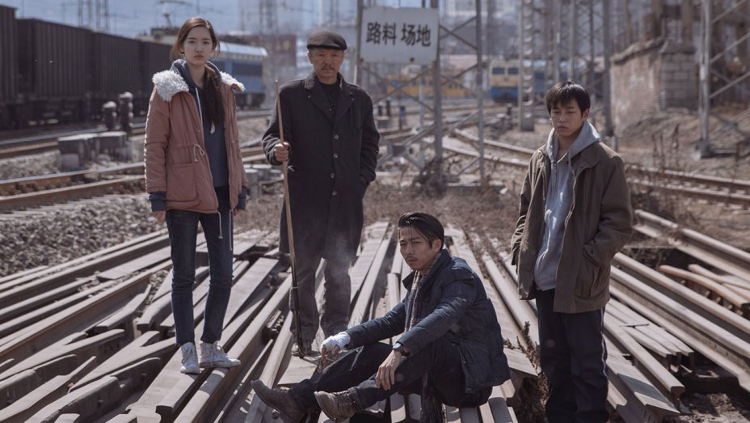 Like every other film industry in the world, China’s invests tons of money in blockbusters which more often than not resembles tests of the latest discovery in special effects. Just as Hollywood has been capitalising on comic book heroes in the last years, China has found wuxia to be a lucrative genre. Exceptional authors like Tsui Hark and Stephen Chow have been deliberately limiting themselves, constraining their art into predetermined boundaries. Chow is now one of the most powerful man in China’s film establishment, so maybe everything is going fine for him.

However, China, again like the rest of the world, has its fair share of independent directors who have been telling a different story since the late 90s. Jia Zhangke, Diao Yinan, and more recently Wang Bing are names that score big at film festivals, but they are a nuisance to their country’s film realm. They show the uncomfortable faces of China, the cities, the streets, and the outcasts nobody wants to see. The failures the central government refuses to acknowledge are as part of China’s history as everything else. Somebody must tell of these failures. Someone has to care.

I can only guess Hu Bo felt as a nuisance for his country too, although it’s hard to tell from a safe distance what has led him to end his life. The short film Man in the Well and the outstanding An Elephant Sitting Still undoubtedly place him in the group of artists China chooses to cast aside, but they also show Hu Bo’s inner battles. Is there a place for me here? Will this country ever move forward for everyone and not just for a few? What will it cost? What am I supposed to do in China, here and now?

Intersecting four different stories, An Elephant Sitting Still poses these questions without offering answers. They are left open because it takes too much to reply, even though the chance of an answer eventually is an hopeful sound. The two final static shots culminate with the sound the characters are waiting for. Too little, because they don’t get to see what they are looking for. And yet something to look forward to, like the flash of a light in a never-ending tunnel.

Except that this is a light that doesn’t come easy. It takes almost four hours to Hu Bo to bring his protagonists there. They have to endure a day in which they are constantly confronted with the weight of their decisions. They are at turns victims and oppressors, predators and preys, unable to truly escape a system so far above them to be properly understood and dealt with. There is a sense of impeding catastrophe every time we see them walking down a street, but the war is in their heart more than anywhere else. They know what has to be done only because there is nothing left to be done. Circumstances they cannot handle, accidents out of proportion. Everything eludes their control.

The intimacy of the long takes is absolutely stunning. Not only we are physically closer to these people, we are facing their reactions to the events on the front line. With the exception of the two above mentioned ending shots, the camera narrows everything down to a limited space. We can then sense the claustrophobic buildings, the unstoppable decay, the solitude that never leaves anyone in this world. Editing makes these sensations even stronger, since it rarely concedes room to breathe. To digest what has just happened, we can only wait until the next portion of the story starts.

Hu Bo shots everything smoothly, avoiding a shaking, hand-held camera and opting for a gentle Steadicam instead. This solution eschews the diary and the found-footage mood, whilst striking the perfect balance between the personal take on the events (we see what Hu Bo wants us to see) and the objective truth (no embellishment, this is exactly how it goes). Hu Bo is paying homage to the masters of the Sixth Generation of Chinese Cinema and at the same time moving away from them, following a path we will never know where it would have led him to.

Ultimately, An Elephant Sitting Still represents what China is now. A contradictory clash of realities, where the overbearing economy of the capitalist side of communism is destroying everyone who isn’t able to keep up. China cannot afford to sit still unless it’s ready to accept the lives of its people. Hu Bo knew it much too well.