Recently I found myself deeply immersed in Abel Ferrara’s and Straub-Huillet’s cinema thanks to Neil Bahadur’s writings. While Jean-Marie Straub and Danièle Huillet are new artists in my radar, Ferrara is not a new entry. He is kind of an old friend I had lost track of, and approaching it now after many years felt like discovering a different man. 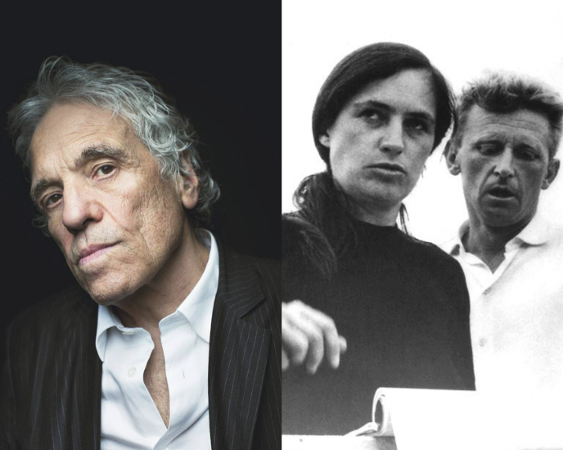 I entered Ferrara’s world via New Rose Hotel and The Blackout almost twenty years ago, which is not the most brilliant thing to do if you are a teenager grown up with action films and bad television. New Rose Hotel came because of my love for William Gibson, and The Blackout was highly recommended by a friend. The latter failed to amuse me, but I was instantly mesmerized by New Rose Hotel. And yet, somehow I have steered clear of Abel Ferrara until recently. All considered, I did the right thing back then. Time has only deepened my passion for cinema, and I can now approach Ferrara with a reinvigorated mind.

On the other hand, I had never heard of Jean-Marie Straub and Danièle Huillet up until last summer. Surely a shame, but also wisdom in disguise. Just as with Ferrara, I would have never understood all the implications and the reasoning behind Straub-Huillet’s films with my poor knowledge of the historical context they started working in. Why the horizontal camera pans? Why are the characters standing and declaiming lines? Is this even narration? From the Clouds to the Resistance, the first one I saw, moved me instantly and prompted me to reach further in their career. Some questions are still unanswered, but one film at a time I have been discovering two of the most important film makers I have ever encountered.

There isn’t much in common between the Straubs and Ferrara in terms of stylistic choices. What they do share is a relentless eye on the many ramifications of history and how everything that has happened still resonates with us today.

Where the Straubs radicalise the construction of images using landscapes and surroundings as silent yet durable spectators of history and their characters’ reasoning, Ferrara moves his works by what Nicole Brenez describes as lack. This absence has had multiple faces throughout his career.

In Napoli, Napoli, Napoli it wears the humanism mask. By using it to tell us about the city and all its contradictions, Ferrara mirrors society back to us in the same way the Straubs return contemporaneity by exploring others’ texts. In Go Go Tales the camera swings delicately through the ruins of capitalism, putting us in the same position Huillet and Straub do in Antigone. We are the hesitant watchers as history plays the inevitability game in front of us. We don’t move, we don’t intervene. We undergo.

Moreover, we hardly learn. Both Fortini/Cani and Pasolini not only plainly describe what went wrong, but question what is going on right now. The Straubs, by way of Franco Fortini’s book I Cani del Sinai, deplore everything from modern political systems to fascism and racism. Democracy is at stake, we have to act and make it right since evidently it didn’t turn out to be what we hoped for.

Similarly, Ferrara’s delicate ode to Pier Paolo Pasolini captures Pasolini’s prescient words about the dangers in front of us. Somehow he knew we shouldn’t have gone down the road Italy was about to take. He knew, much as Franco Fortini and the Straubs, the need for an immediate change. Sadly, he was right.

Abel Ferrara and Straub-Huillet are pure, rare breed. They invest all of themselves in their cinema, believing in it with lucid stubbornness, and paying the price for it too. They are neither marginal nor at the margin. They are right in the middle of the storm, pointing their eyes at us.