A couple of days ago, I had the Blu-ray of Rachel Getting Married on while cooking dinner. It kept me company, and, even though I know it pretty well by now, it often took me away from the kitchen just to enjoy a particular sequence one more time. The next day, I went back to Willow Maclay’s piece for The Film Stage and The Cinephiliacs’ episode on Jonathan Demme to revisit the thoughts of my favourite film critics on my favourite Demme’s. 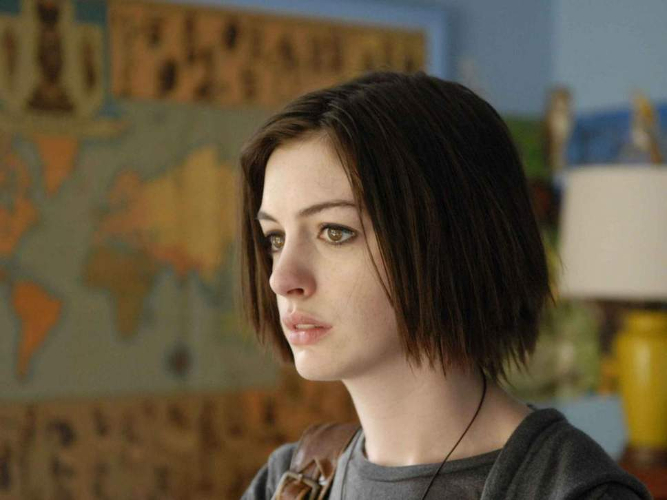 For a film-maker as prolific and accustomed to different genres as Jonathan Demme, Rachel Getting Married still stands out as one of a kind in his oeuvre. Demme is not new to family drama and traumatic events in one’s life (e.g., Clarisse Starling’s past in The Silence of the Lambs), or to strong but vulnerable women (e.g., Lulu in Something Wild). He explored his characters minds and the ways we can relate and cope with them by let them facing the camera and opened up to us. Willow Maclay writes about Demme’s humanism in the above mentioned essay, and that is a trait of his cinema that spans over his entire career.

However, in Rachel Getting Married Demme reaches out for a new form of his humanism. Aided by the outstanding cinematography of Declan Quinn and the turbulent script of Jenny Lumet, Demme digs deeper than ever in the psyche of his female lead. Kym, portrayed by the best Anne Hathaway to date, is the subject of constant observation and judgement everywhere she goes. This is not only a modern mirror of our privacy-deprived lives, but to a certain extent is the peak of Demme’s psychological explorations of his characters.

The camera in Rachel Getting Married invades spaces, inquisitively moves in and out of rooms and buildings, capturing and exposing actions and thoughts. It asks, even demands, attention from everyone. Secrecy is nowhere to be found, because the camera is a fierce and poignant extension of the spectator. It is as if we are rushing in with no desire of missing anything, while perfectly at ease with the fact that we will surely lose something on our way.

Demme holds us closer to the lives on the screen like he has never done before. Here conversations, confessions, and reactions are not displayed in terms of an actress seemingly talking to us. They literally happen around us, just a turn of the head away. And there is always something going on at the periphery of our eyes and ears in Rachel Getting Married. Everywhere in the Buchman’s house people are getting ready for the wedding and playing music, talking, and laughing. According to the Q&A on the Blu-ray, sometimes they don’t even know the camera is there. This adds a level of uncompromising truth to the general video-diary vibe that makes it possibly more personal and familiar than it already feels.

The resulting experience becomes especially hurtful when we recognize Kym’s desperate attempts to gain back the love of her family, and realize that we can do nothing. No matter how close to her we are put, we can never give her the much needed comfort. On the other hand, it’s an experience that enhances those precious moments of joy which rarely appear but prove fundamental at keeping everybody together. Including us.

Like in any other Jonathan Demme’s film, music is itself a character in the story. Various cultures meet in a clash of races and genders, culminating in a showcase of music and dance that encompasses different styles. Nevertheless, this is not a tentative approach at portraying folklore and heritage with a humanist touch, since there is a documentarian side of Demme that deals with it. In Rachel Getting Married he lets the musicians speak for themselves, leaving them in front of the camera apparently in full control of their playing. Their emotions are honestly genuine, and every musical burst looks as natural as anything else in this film. Demme loves his music just as much as he loves engaging with issues of reconciliation and forgiveness. He has always used great music in his films, but the mere fact that musicians in Rachel Getting Married are caught in the act of playing live is telling of his respect and appreciation for them.

Now that he is no longer with us I like to imagine him with a camera still following the lives of the people he cares about, with music always in the air and that contagious smile of his. Somewhere, somehow, he is telling a story I wish I could see.