After watching Michael Mann’s Blackhat again last night, I looked around the internet to check what other people think about it. I remembered some were utterly disappointed by it, even frustrated, but others seemed to share my passion. 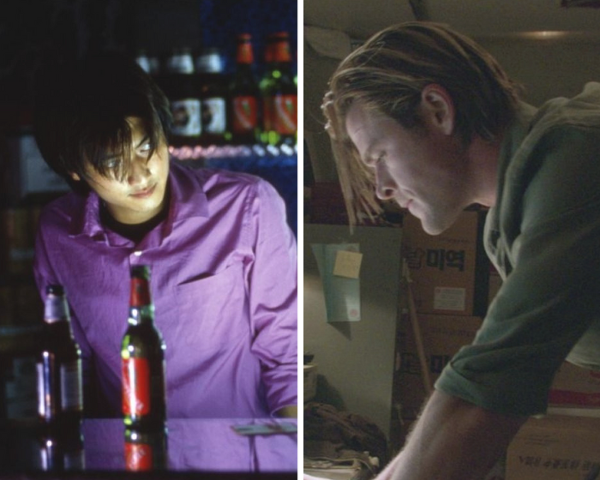 As it often happens in film criticism, critics draw comparison with other works when writing on a specific film. For instance, Keith Uhlich on Reverse Shot notices similarities between Blackhat and Eyes Wide Shut in terms of unsettling dialogues.

Performance-wise this is one of Mann’s strangest movies, cultivating a dead-air hesitancy in almost every dialogue exchange, the likes of which I haven’t experienced since Kubrick’s Eyes Wide Shut (1999).

David Ehrlich on Letterboxd points at Johnnie To:

However, nobody, at least to my knowledge, links Blackhat to Tsui Hark’s Time And Tide. This is not to say that Mann had Tsui in mind when devising his superb cyber-thriller, but there are interesting aspects of Time And Tide that Mann seems to explore with his style.

Both films abstract the narrative away, using it only to provide a model upon which building a complex interplay of camera movements, editing and sounds. Characters have little to no background, dropped in occasionally for context sake. Relationships are a thin layer, and romance though a driving force is instrumental to the courses of action and not the ultimate ending.

Mann and Tsui use the camera to deconstruct the action instead of creating it. Our eyes are placed under the keys of a keyboard in Blackhat and inside a washing machine in Time And Tide. And yet we always know where we are, we never lose the sense of what is happening inside and outside the frame. We follow the camera and not the characters, we are moved by the editing and not by the plot.

Sounds are the last piece of the puzzle here. Clicks, footsteps, ambient noises, collateral damages. We are surrounded not by the blast of the guns, but by a vibrant environment. A living, breathing space with its voices and its echoes. The scene embraces us, the images are constantly interrogating us.

Blackhat and Time And Tide rank among the most experimental works of Michael Mann and Tsui Hark respectively. If it’s true that Tsui was already trying new paths in his 1995 masterpiece The Blade, it’s also true that he has gone down different roads eventually. Mann, on the other hand, has been perfecting his abstractions over and over again, finally reaching the point where he is able to leave us only with an interface to his model of cinema.