Watching McG’s The Babysitter and Chris Peckover’s Better Watch Out recently made me reflect on how cinema plays with violence and what the viewer is left with to think about. 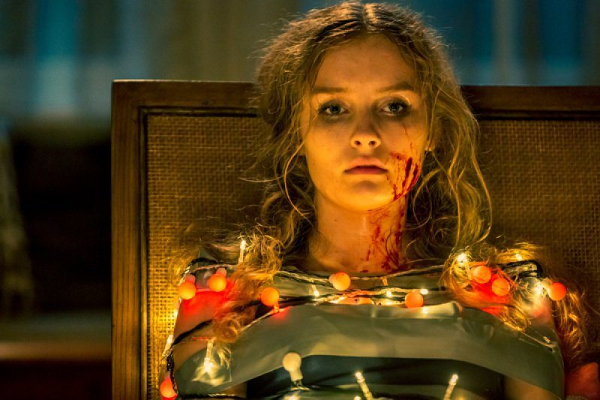 It’s not the first time that reflections such as this come to my mind. On a previous, now dead version of this blog, I wrote about the link between real violence and money-bait one. I argued about violence as a spectacle in Spectre and as a menacing device in Universal Soldier: Day of Reckoning. Violence has become a de facto in most blockbusters, and the boundaries within which it is depicted keep getting stretched back and forth.

The Babysitter and Better Watch Out stand as different takes on the home invasion horror. They try to defy genre conventions while simultaneously nodding at the slasher-savvy geek. Tentatively following the likes of Scream and Detention in the case of The Babysitter, pushing an easily predictable twist in Better Watch Out.

Albeit dissimilar in the intent, both films make large use of violence during their ninety minutes. The Babysitter makes a laugh out of it, with overtly obnoxious deaths and blood splattering everywhere as we are constantly reminded this is just a joke. Better Watch Out instead goes for the serious and scary way, even condemning the use of violence as a comic tool at one point. Unfortunately, it reassures its viewers that there is nothing to be afraid of by pleasing them in the end.

Aside from few exceptions (e.g., Paul Verhoeven), I find it difficult to tolerate violence as entertainment. Unless used as a means to something else, like satire or an inevitable part of dramatic events, indulging in gory details generally adds nothing to the whole film. On the contrary, it usually fails to hide a poor script and the lack of decent ideas. The thin line between futile gimmick and necessary evil is too often missed.

Worse than that, years and years of treating violence as something silly has brain-washed many viewers. If you have ever been annoyed by people laughing at the violence on screen at the cinema, you know what I mean. I remember some guys right behind my seat laughing and cracking jokes at the death of Immortan Joe in Mad Max: Fury Road, completely ruining the dramatic effect of the scene. Who knows, probably these are the same guys who will find the on-screen labels of The Babysitter smart and funny.