I refrained from writing about Prince right after his recent death. Not only because I did not want to put myself in the same position shared by most commentators, but mainly because I felt in no position at all. 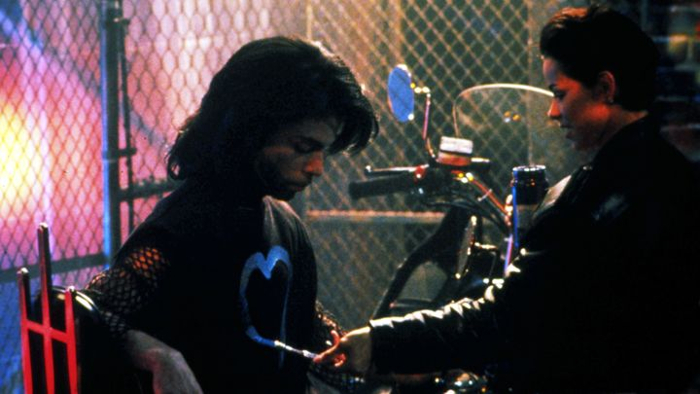 What sets me apart is the nature of my affection. I have come to love Prince’s music late in my life as an avid music listener. Rock’n’roll took over my teen days and Jazz filled my ears up to my thirtieth birthday. Of course I knew who Prince was. However, just like it happened with Brian Wilson, I barely noticed the depth of his genius. He did not have a special place in my coming of age, nor his music meant something to me.

Moving on to Prince digression in cinema was just a matter of time.

If you leave the non-music bits out, Purple Rain is a fantastic video clip. As great as the music is, the story becomes interesting only when The Kid faces the family tragedy. When Prince and the Revolution play the title track in front of an astonished crowd, you wonder whether the power of the scene comes from the music alone.

Under the Cherry Moon is delicate and funny, a musical melodrama with more than one charm. This is where Prince really shines when performing as an actor. He twists his gigolo mask, bathing it all in a soft black and white palette. More character-driven than music-driven, Under the Cherry Moon captures the tenderness of a romance with the naivety of a first-time director.

Prince directed his own live concert before going back to the camera for another feature length film. With Sign O the Times he made one of the best live concerts I have ever seen, summing up both the quality of his musicians and the madness of his showmanship.

In his last directional effort, Prince puts himself behind the script in a film that really wants to take Purple Rain on another level of style and amusement. It fails in coherence, but Graffiti Bridge succeeds in its more outlandish dance sequences with a personal and unforgettable touch.

Even though his film works are not beautiful as his music, Prince was capable to interact with a different art. Displaying some of his many faces and masks, Prince distinguished himself from pretty much any popular music artist out there.