It’s fair to say Girish Shambu’s The New Cinephilia is what pushed me out of my cavern. That and a mail from the author himself telling me “You should do it!”. 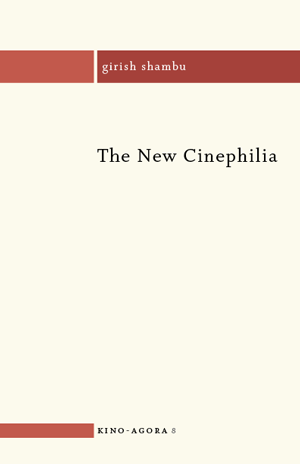 I have been following Girish’s blog for so many years. I’ve always liked the wide range of his reflections. He expands on his thoughts with links to further readings, therefore each of his posts often brings me out in the wild web to read new pieces of criticism.

The New Cinephilia reads exactly as one of his blog posts. It reaches out for new connections and new directions at every turn of the page. Not only it traces the origins of contemporary film criticism, but in doing so it analyses what makes modern cinephilia just as fascinating as the old school.

Social media have deeply expanded the possibilities we have nowadays to understand films. Girish points out the relevance that even a single tweet has and his acknowledgement is more than a hint to join the social network revolution. Scholars, but also passionate amateurs such as myself could deeply enhance their own experience if only they approached the Internet with open-mindedness.

This is the most important lesson The New Cinephilia taught me. A lesson to live by.