Last time I wrote about appreciation on a personal level. Although a similar reasoning could be applied to Jim McBride’s Breathless, it’s a well-known fact that Quentin Tarantino blessed this film in the pantheon of cult cinema. 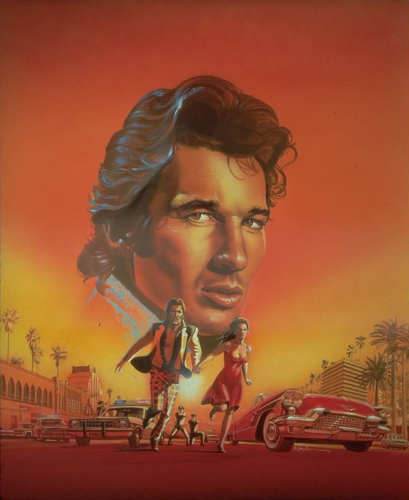 However, despite not being alone in my devotion to McBride’s most accomplished work, Tarantino stamp of approval has nothing to do neither with my first viewing of Breathless, nor with the insane love I experienced.

The truth is: it’s all Giona Nazzaro’s fault. Among the precursors of Hong Kong cinema studies in Italy, Nazzaro collected his thoughts on the evolution of Hollywood action cinema in Action! Forme di un transgenere cinematografico. That book led me to Breathless, which in turn made me reconsider Richard Gere and gain a better understanding of American Gigolo. And I still believe Richard Gere has never been this good in his entire career.

The only Blu-ray available before Second Sight Films came into play was the region A one from Shout! Factory, so I was in dire need of a proper European release. Breathless is full of vivid and powerful colours, and it pumps images as energetic as the marvellous soundtrack. It practically begs for high-resolution and deafening loudness.

Second Sight Films revamped the Blu-ray artwork with a cover that gets Breathless essence more than any words I could use. It puts Jesse at the centre, because he is the film: narcissistic, cocky, naive, loco. The colour palette is also a perfect choice, since it naturally conveys the hotness of the rock’n’roll adventure ready to unfold before our eyes.

The disc contains a couple of special features: a nearly 30-minutes chat with Mark Kermode, and an interview with Valérie Kaprisky.

Kermode is awesome. He first saw the film when it came out in 1983, so he was there in the beginning, debating the ups and downs of McBride’s work while avoiding insults from the gang of “film snobs” (his words). It’s a conversation worth checking out, and I am clearly ready to stand by his side, sword in my hand, defending Breathless until the very end.

The interview with Kaprisky adds a good nostalgic touch, and some insights on the film from the too often criticized actress. Not an absolute must, but still something funny to complete my Breathless experience.

Granted, a making-of and an interview with the director would have been fantastic gifts. Nonetheless, Second Sight Films took what is usually regarded as laughing stock, and packaged it in a much deserved, great format. I can hardly be any happier.